The Nature of Matter

Matter is anything that has mass and occupies space. There are 3 states of matter, solids, liquids and gases.

The Kinetic Theory of Matter States:

The kinetic theory is a theory put together by the finest chemists and physicians of all time. It consists of a number of true facts related to matter and their states. The theory explains the behavior of matter and their physical properties.

The kinetic theory of matter states:

Changing the state of a matter is a physical change. And it is done by either heating or cooling. The following diagram represents changes in state:

Melting: The change of state from solid to liquid. The temperature at which a solid melts is called the melting point.

Evaporation: The change of state from liquid to gas. The temperature at which a liquid evaporates is called the boiling point.

The change in state occurs when the temperature is raised or dropped. Melting occurs when you heat a solid because heating gives the particles more kinetic energy making them move faster and further apart, making the solid expand. Until at some point they have enough energy to break the forces of attraction between them and the lattice turning into liquid. If you keep heating the liquid, particles will gain even more kinetic energy and start moving even faster, pushing each other away. The particles at the surface have the highest amount of energy that they can break the forces of attraction and escape as a gas; this is the start of evaporation. At some point, particles will try to escape so quickly that they form bubbles of gas in the liquid. This is the boiling point at which the pressure of the gas forming above the liquid is the same as atmospheric pressure.

On the other hand, cooling a gas will make its particles lose their kinetic energy and move closer and slower. Eventually the forces of attraction will hold them together forming a liquid (condensation). And if a liquid is cooled, its particles will move closer and slower until the forces of attraction are strong enough to hold them tight together forming a solid (freezing). 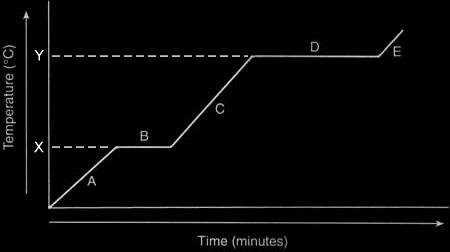 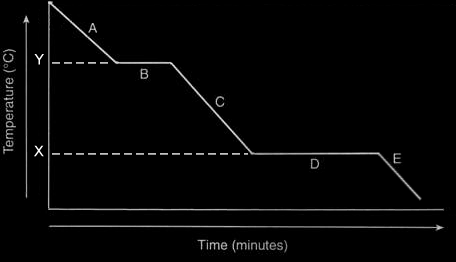 Some liquids evaporate extremely quickly at room temperature, they are said to be volatile liquids.

Diffusion is the random movement of liquid or gas particles to fill the available space and spread evenly. For instance, if you pass by a trash can, you can smell the ugly scent of trash. This is because molecules from the garbage diffused out of the can to the air which you breathed in. 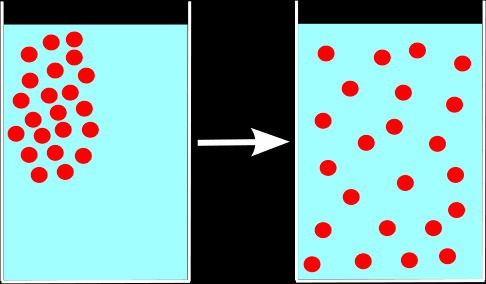 Diffusion rate depends on several factors, these are:

Diffusion of gases can be proved very easily. We can prove it by putting some bromine liquid in a cylinder and sealing it, then putting another inverted cylinder above it. When the bromine liquid evaporates, we remove the lid between the two cylinders, the brown bromine gas will diffuse upwards filling the available space.

We can also prove diffusion in liquids by a very simple experiment. Pour some water in a beaker, then add a drop of blue ink in the water. After a period of time, you will find that the black ink spread throughout the water and turned it into a blue solution. This was caused by diffusion.